1066! The last of the three battles fought in 1066 at Hastings left a foreign invader in a position to conquer and rule England. There are so many stories about this year it has made trying to get a sense of what really happened very difficult.

Is it the end of the Saxon way of life, replaced by the harsher but possibly more energetic rule of the Normans? Does 1066 mark the end of a more anarchic way of life, replaced by the rule of law? One thing is certain; 1066 was a year of violence as the crown changed hands three times and England was invaded twice. If 1066 means a lot to us now, whatever we think, what did it mean to the people who lived through it? With our usual lightness of touch and a wry look at the facts and the stories, this is our version of 1066.

All we can promise is at some point in the play you will have an active role, as a Viking, Saxon or Norman. Whether you survive 1066 we can’t promise. 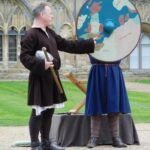 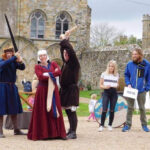 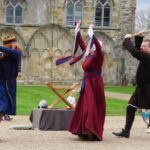 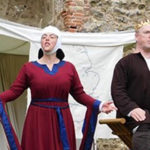