Ten years on! Who would have thought?! Commissioned by EH in 2010 to mark the anniversary of the end of Roman rule in Britain, in 2020 TWT return to Hadrian’s Wall to perform our story of the merchant’s wife, her slave and the ex-soldier caught up in the tumult of a declining empire, making tough decisions on the edge of the known world.

Our characters represent different views of how an empire works; for the merchant’s wife it is trade that makes an empire strong, the ex-soldier has more of an insight into how empires incorporate the people they encounter and the slave’s experience is of what happens when you fall foul of an empire’s ruthless side.

Each of our characters has a secret which is drawn out in the course of this 30 minute play, a secret which may well determine whether they choose to stay and make a go of it or flee back to the dubious safety of Rome. “After the Eagles” explores the place of myths in the creation of Empires and what happens when those myths are all you have left. We are delighted in its tenth year to be taking the play back to the place it was originally conceived to be performed. 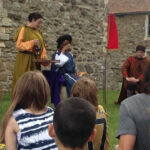 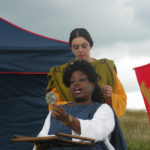 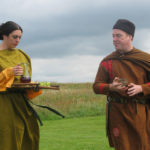 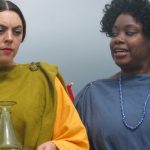