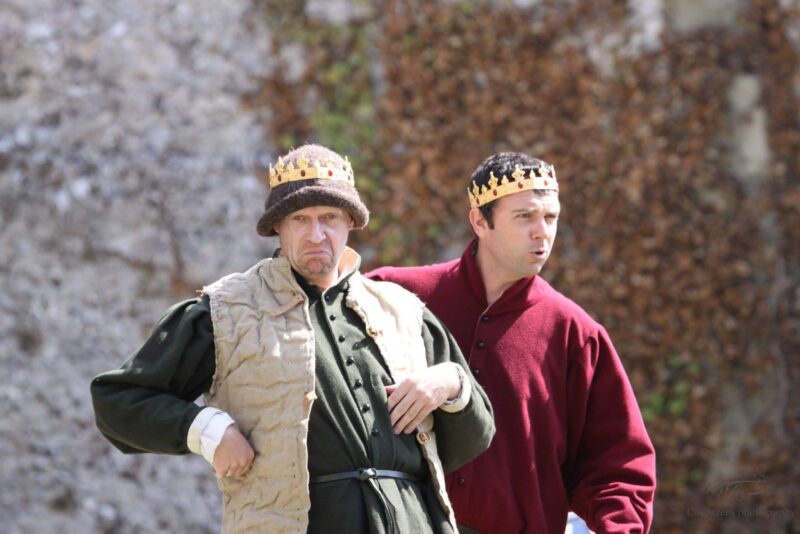 In 2015 Time Will Tell found themselves in the unusual position of being asked to create two new pieces of work on the same theme – the lead up to and the Battle of Agincourt.

One play was to look at The Southampton Plot; a little known conspiracy against King Henry V that reads like a “How not to Plan a Successful Plot against the King”.

We looked at the way that Henry’s father’s usurpation of the throne in 1399 had sort of started the idea that you could get rid of the King if you didn’t like what he was up to. Add into the mix a potential alternative ruler and a couple of chancers on the make who feel they’ve been overlooked and you have means, motive and opportunity. The play was performed at Portchester, where it was actually uncovered and the plotters arrested!

Portchester was also the location for our play “Arrowstorm”, our take on the Agincourt campaign. As we always do, we wanted to tell the less well known stories behind the bluster and the flag waving – the story of a campaign that so nearly ended in failure, but was driven on by one man’s ambition and belief in his cause – King Henry V.

So if it nearly ended in failure why didn’t it? The play explored how the massive French army had all the advantages in some ways – numbers, fighting on home ground – but suffered from poor choices on the day made by a divided command.

The story of “Arrowstorm” didn’t shy away from the ruthless decision-making that ensured final victory for King Henry, but nearly cost him his reputation. 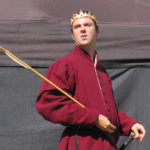 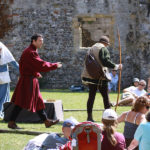 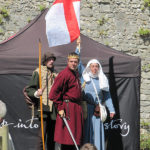 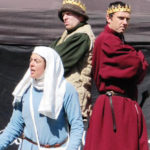