We are delighted that TWT has built on it’s many years of experience as historical interpreters with a variety of companies to now be managing two long term live interpretation projects for English Heritage at two of their most prestigious sites!

Kathy and Simon cut their teeth in the world of ‘performance history’, working in many different roles across multiple historical periods at Hampton Court Palace, The Tower of London, Dover Castle and Audley End House, amongst many others! We were therefore delighted when we were successful in our tender for the interpretation at the latter two sites!

In collaboration with History Riot, who we are delighted to be working with at Dover Castle, we created a scenario we called “ We will Fight Them on the Beaches” to play at Dover in the Spring of 2021, looking at the experience of living at “Hellfire Corner’, as the area around Dover was known, in 1941. We also created a larger project, “Dover at War”, for one weekend, involving eight characters!

We selected our characters carefully, to demonstrate that WW2 was a people’s war, embracing contributions from all classes, all backgrounds, all ethnicities, and all parts of the British Empire as it was then. We engaged with visitors in character, and involved them in a plot to try to get the ingredients together to bake a cake in the NAAFI! This allowed us to draw them into our world in 1941 with all its trials and tribulations. Each character had stories of their experiences of the war, based on meticulous research and represented both the armed forces and the civilians in Dover at this time.

We have been very touched by the feedback from visitors so far! We hope to build on this success with a progressive look at Dover in WW2 for 1942, 43, 44, and 45 over the coming years.

Kathy began working on the live interpretation project at Audley End House in the autumn of 2008 and has been leading the project since 2013. Working with Annie Gray she encouraged a standard of historical interpretation that is unique to the site. It requires a high level of knowledge from the performers, not only of Victorian life, but specifically for the character they are portraying and then a practical level of skill for the work they are involved in.

Over the years additional characters have been added to the team to see that servants across the Victorian estate represented. Today we have successfully developed a way to use the skills of a historical interpreter to compliment the practical work and displays of the Audley End House teams in both the historic stables and historic kitchen gardens. Working closely with the site team the historical interpretation has also assisted with the visitor management as well as care of the new spaces and the object handling offer, particularly over the last two years.

In 2015  ‘The Victorian Way’ YouTube series began, taking Kathy’s portrayal of the cook, Mrs Crocombe, to a wider audience. The series can be found on the English Heritage’s channel https://www.youtube.com/playlist?list=PLx2QMoA1Th9deXXbo7htq21CUPqEPPGuc

Other Historical Interpretation projects include:- 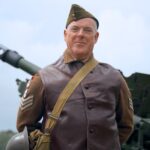 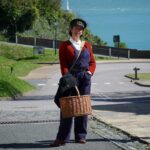 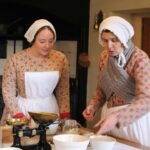 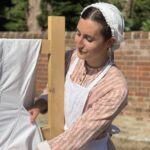 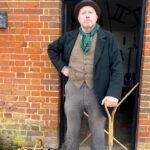 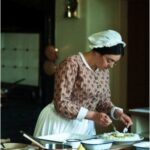