Letters Home was created for English Heritage as a two handed play. It was the result of a chance reading of an article about a now non-existent building, which just shows how inspiration can come from any source. We had been looking to find a way of commemorating WW1 that encompassed not just the experiences of fighting men, but also the Home Front that was constantly in their thoughts.

The Post Office gave us the perfect story; an institution that provided its own soldiers, the Post Office Rifles;  employment for women on a massive scale when the men went off to war; but most of all the means by which millions of letters and parcels were conveyed to and from the fighting men, wherever they found themselves. As we read more and more of these letters it soon became clear that they were going to be the third member of our cast. The letters tell more, sometimes simply, sometimes humorously, but always honestly than we could hope to invent. The end result was a piece that would appeal to anyone who had a relative in WW1 at any time, but told a story that had not previously considered.

We called it “An extraordinary story of ordinary people” because it summed up for us how, in the indescribable horrors of the battlefield, a little thing like a letter could profoundly affect morale. Last letters home from men at the front gave us a title and some of the most emotionally charged moments of our performances. 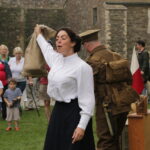 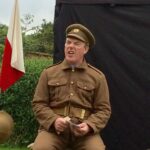 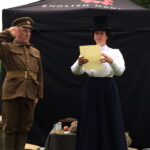 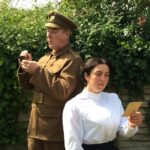