Sovereign, Rebel, Squire was written to be a part of the first ‘Festival of Thetford & Punjab’ marking the 125th anniversary of the death of Duleep Singh, the last Maharajah of the Punjab. Commissioned by the Essex Cultural Diversity Project and the Ancient House Museum the play was a piece of street theatre performed in the High Street of the town.

Maharajah Duleep Singh, after his deposition, came to England and lived at Elvedon Hall near Thetford. With a cast of six we told his incredible, but ultimately desperate, life story through the eyes of his son, Frederick and daughter, Sophia

The project led to a number of events with the Essex Cultural Diversity Project celebrating Sophia Duleep Singh and since 2018 we have continued to work with the Ancient House Museum to tell the families story. 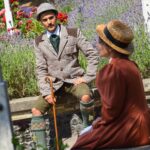 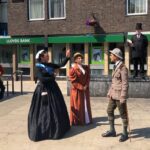 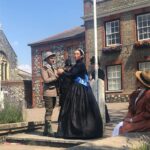 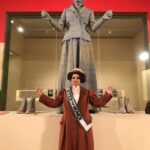