In 2013 English Heritage commissioned us to write a play as part of their Battle of Hastings events at Battle Abbey. We created a four hander, which explored how the Norman Conquest came about by focusing on the lives, experiences and aims of the three kings of 1066 England.

Edward is generally viewed as a much put upon but saintly figure, Harold as a bluff, no- nonsense Saxon warrior and William as a viciously ambitious tactician. Our piece played on those perceptions and the general notion of what was expected of a king to create a play about the importance of family, heirs and promises and what happens when it all goes wrong.

The story is told by Queen Edith, an outsider on the inside, wife to one king, sister to another and unrelated, despite his protestations, to the third, in a fast paced, knockabout style which appealed to family audiences and held true to the history being celebrated. 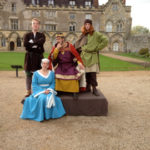 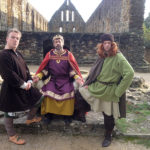 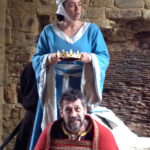 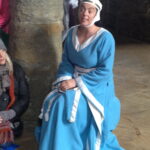